Stranger Things is set in the fictional rural town of Hawkins, Indiana, during the early 1980s. The nearby Hawkins National Laboratory ostensibly performs scientific research for the United States Department of Energy, but secretly does experiments into the paranormal and supernatural, including those that involve human test subjects. Inadvertently, they have created a portal to an alternate dimension, "the Upside Down". The influence of the Upside Down starts to affect the unknowing residents of Hawkins in calamitous ways.

The first season begins in November 1983, when Will Byers is abducted by a creature from the Upside Down. His mother, Joyce, and the town's police chief, Jim Hopper, search for Will. At the same time, a young psychokinetic girl called Eleven escapes from the laboratory and assists Will's friends, Mike, Dustin, and Lucas, in their own efforts to find Will. 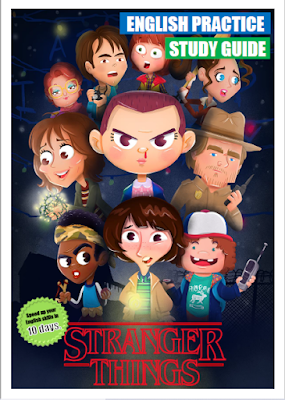 The second season is set a year later, starting in October 1984. Will has been rescued, but few know of the details of the events. When it is discovered that Will is still being influenced by entities from the Upside Down, his friends and family learn there is a larger threat to their universe from the Upside Down.

The third season is set several months later, in the days leading up to the Fourth of July celebration in 1985. The new Starcourt Mall has become the center of attention for Hawkins' residents, putting most other stores out of business. Hopper becomes increasingly concerned about Eleven and Mike's relationship while still trying to care for Joyce. Unbeknownst to the town, a secret Soviet laboratory under Starcourt seeks to open the gateway to the Upside Down, allowing the entities from the Upside Down to possess people in Hawkins and creating a new horror to deal with.

The Stranger Things original soundtrack was composed by Michael Stein and Kyle Dixon of the electronic band Survive. It makes extensive use of synthesizers in homage to 1980s artists and film composers including Jean-Michel Jarre, Tangerine Dream, Vangelis, Goblin, John Carpenter, Giorgio Moroder, and Fabio Frizzi. 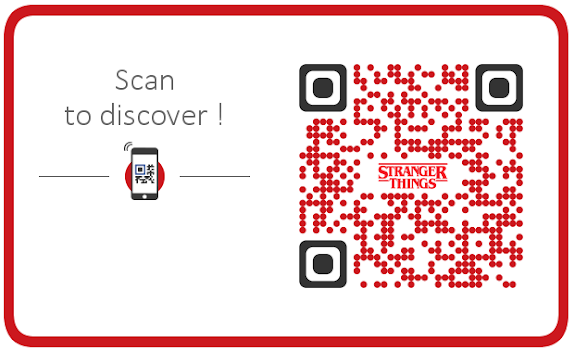 To be used in History and Language Arts classes. Students can explore:

• The places where he lived;

• People he was friends with;

• Paintings done in that time. 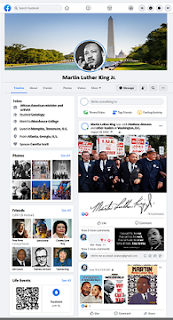 1. Biographical study (create a Facebook page for a person who lived long ago, a famous historian, scientist, etc.)

2. Introduction activity (a way to get to know your students better).

(COPY and PASTE the PHOTOS in Slides 5 and 6 to a Word Document or Paint.)

"I love this resource! I used it with my 5th-8th grade students on the first day of therapy to get to know them. They loved it. It was a great way to build rapport since social media and technology is so prevalent in their lives these days!" 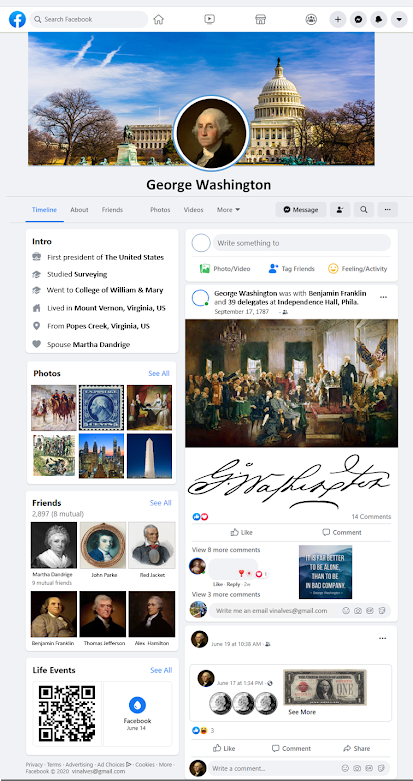 "I love this resource! I used it with my 5th-8th grade students on the first day of therapy to get to know them. They loved it. It was a great way to build rapport since social media and technology is so prevalent in their lives these days!"
on July 13, 2020 No comments: 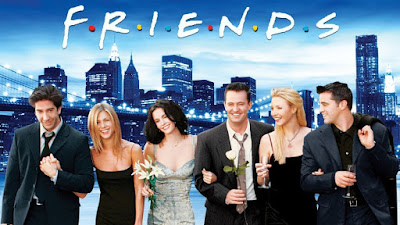 "I'll Be There for You" is a song recorded by the American duo The Rembrandts. It is best known as the theme song to the American sitcom Friends, which premiered in September 1994 and ended in May 2004. The song was also released as the first single from the group's third studio album LP, reaching the top 10 in Australia, New Zealand, and Norway, as well as in Ireland and the United Kingdom in both 1995 and 1997. In Canada, the song reached number one for five weeks and was the highest-selling single of 1995, while in the United States, the song reached number 17 on the Billboard Hot 100 and topped the Billboard Hot 100 Airplay chart for eight weeks. Source: Wikipedia

Email ThisBlogThis!Share to TwitterShare to FacebookShare to Pinterest
Labels: Friends

Although the Avengers Endgame trailer does not reveal a ton of new footage, it does contain a lot of compelling dialogue. What's cool about all of the new quotes are that they seem to be revealing a few potential plot points. We think that Marvel is going to keep things completely on the down low from here on out. So, it is safe to assume that the trailer's dialogue is our best shot at figuring out what's going on in the movie. Check out in the ESL Activity the list to see the trailer's best quotes and what they mean! #endgame #Avengers

IMPROVE YOUR ENGLISH WITH STRANGER THINGS 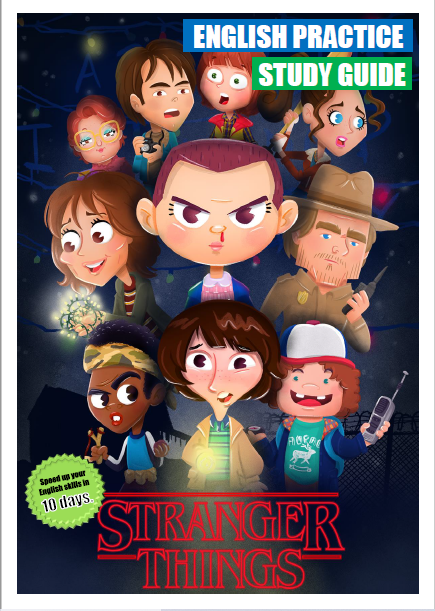 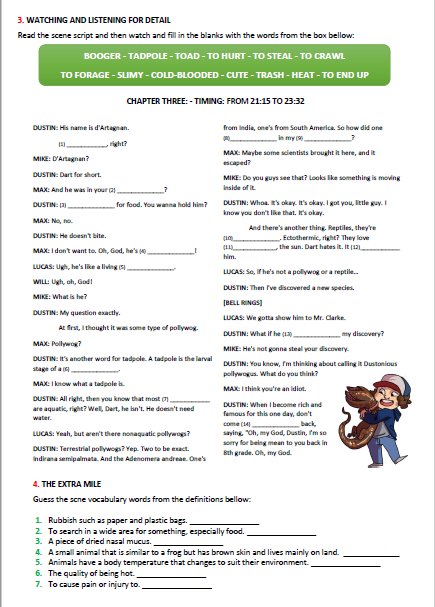 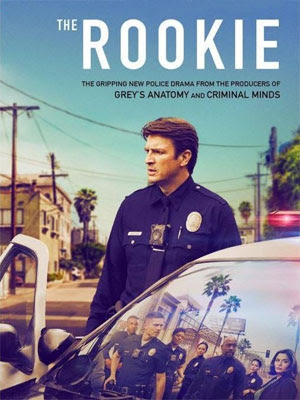 John Nolan is a forty year old man who, after witnessing a bank robbery in his small town, packs up his entire life to move to Los Angeles and becomes a cop. His assignment to the force is met with skepticism from his fellow officers, particularly his watch commander, Sergeant Wade Gray, and his training officer Talia Bishop. Nolan's first few days as a cop are marked by a domestic dispute that quickly escalates out of hand (during which Nolan witnesses his first death), an unbalanced father who leaves his child in a locked car on a hot day, and an escaped felon who quickly tests Nolan in ways he never expected. Also joining Nolan as rookie officers are Jackson West, son of a high ranking LAPD officer and eager to live up to the legacy, and Lucy Chen, who became a cop against the wishes of her therapist parents and is carrying on a secret affair with Nolan despite the risk it poses to her career. Gray informs Nolan that he will do everything in his power to discourage him from continuing to serve, as he fears that Nolan's inexperience and age will endanger the lives of his officers. 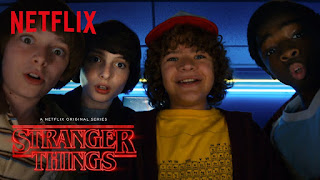 Gotham - UNDER THE KNIFE 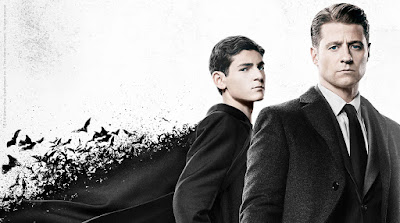 Bruce and Selina continue their investigation in Wayne Enterprises.
Accompanied by Barbara, they attend Wayne Enterprises' Charity Ball.
While Bruce distracts Sid Bunderslaw, the director of Physical Operations, Selina steals Bunderslaw's keys to make a copy.
Cobblepot is forced to have dinner with Maroni and his mother Gertrude.
While talking, Maroni reveals to Gertrude that his son has killed many people.
Cobblepot swears to kill him.


Morning Glory is a 2010 American comedy film directed by Roger Michell and written by Aline Brosh McKenna. It stars Rachel McAdams, Harrison Ford and Diane Keaton, with Patrick Wilson, John Pankow and Jeff Goldblum. The plot revolves around young and devoted morning television producer Becky Fuller , who is hired as an executive producer on the long-running morning show DayBreak, at a once-prominent but currently failing station in New York City. Eager to keep the show on air, she recruits a former news journalist and anchor  who disapproves of co-hosting a show that does not deal with real news stories.

THE SIMPSONS - Past Simple x Past Continuous

Past Simple x Past Continuous EXERCISE


FOR INTERMEDIATE AND ADVANCED STUDENTS


"The Springfield Files" originally aired on the Fox network in the United States on January 12, 1997. In the episode, Homer believes he has discovered an alien in Springfield. Leonard Nimoy guest stars as himself and David Duchovny and Gillian Anderson guest star as agents Fox Mulder and Dana Scully, their characters on The X-Files. The episode serves as a crossover with The X-Files and features numerous references to the series. The story came from former showrunners Al Jean and Mike Reiss, who returned to produce this episode while under contract with The Walt Disney Company. It received mostly positive reviews from critics; Jean and Reiss won an Annie Award for producing it.

Email ThisBlogThis!Share to TwitterShare to FacebookShare to Pinterest
Labels: The Simpsons
Location: Springfield, OR, EUA

Scene 2: Would it be totally weird if I used it?

Scene 3: If you had your own game character, we could hang out, maybe go on a quest.

Scene 4: If I were to ask Leslie Winkle out, it would be just be for dinner.

Scene 5: If you were a robot and I knew and you didn’t, would you want me to tell you?

Scene 6: If I ever did perfect a time machine, I would just go into the past and give it to myself.

Scene 7: If you just apologized to Gablehauser, he would just give you your job back.

Scene 8: If he were any bigger, he’d have moons orbiting him.

Scene 9: If all guys were like me, the human race couldn’t survive.

Scene 11: …who wouldn’t recognize true genius if it were standing in front of them giving a speech.

Scene 12: It would be so much easier if I were a violent sociopath

Scene 13: if cats could sing… they’d hate it too

THE SIMPSONS- S29.E04
TREEHOUSE OF HORROR


The opening sequence features the Simpson family as candy bars on Halloween night while trying to avoid getting eaten. 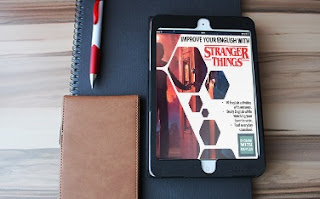 Email ThisBlogThis!Share to TwitterShare to FacebookShare to Pinterest
Location: Springfield, OR, EUA 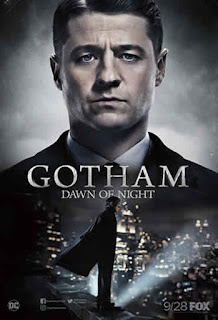 "Welcome Back, Jim Gordon" is the thirteenth episode of the television series Gotham. It premiered on FOX on January 26, 2015 and was written by Megan Mostyn-Brown, and directed by Wendey Stanzler. In this episode, Gordon (Ben McKenzie) and Bullock investigate the murder of a witness in a public homicide. Meanwhile, Mooney suffers the consequences of her failed plan against Falcone.
on September 01, 2018 No comments:

May I send you some Updates?